Failing with Trees and Children 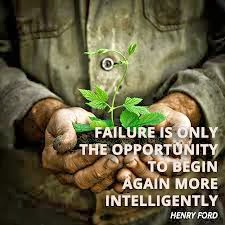 When my husband and I decided to start a family, we went into it knowing the path wouldn't be very easy. Parenting is a thankless job on a road full of disappointments and endless setbacks. Sometimes it's hard to keep trudging forward when I feel like I'm failing in every aspect, and then there are the days of elation that make all of the tears and sleepless nights worthwhile. I try to hold this course, but the stupid map never reads the same. Just when I think I've learned how to follow the compass, the center of gravity shifts, pulling the needle in another direction. I spend more time hopelessly lost than on point, but I'm a stubborn person with a one track mind. I'm their mom, and I'm committed to raising these little versions of us to be fully functional adults. Believe me when I say that I don't have all the answers. I screw up all the time, but I think sometimes this might be a good thing. It teaches them that I am human, and there is also some validity in this statement:

Through failure, strength is gained, and in this strength, confidence grows.


Three flowering pear trees grow in our front yard. My husband and I planted them soon after we moved in. A year later, we discovered they didn't move very well when a truck backed into the first one and it laid over. I didn't think the poor little thing would survive the trauma, but seven years later it's not only living but thriving better than the other two. The smallest of the three sits in the middle. Protected and sheltered from the brunt of the elements it didn't need wander out of its comfortable little space.


As parents, our natural instinct is to shelter our children, but I think it's time to ask ourselves a very important question. Are we stunting their growth by doing so? I'll admit I'm guilty of going mama bear at times, but the challenge runs even deeper than that. Our schools have started carrying policies like 'no child left behind', sexual harassment charges are brought up on five-year-olds for a simple game of kissing tag, and youth competitive sports teams award mediocrity in fear of damaging self-esteem. Even the word self-esteem is so integrated into our society that we don't stop to reflect on its meaning. The definition is to hold yourself in a high regard. Think of the message of entitlement using this term is sending out.


I prefer to use self-confidence, which is faith in one's abilities. Children need to fail. They need to make mistakes, and then try again, and again, and again until they finally taste success, but why would anyone want to put forth so much effort if the reward at the end is exactly the same? This is the root of the problem. The difference between self-esteem and self-confidence isn't recognized in our youth, but they do realize when they gain something that isn't earned. It eats away and taints their perception of the world they live in.


Instead of enforcing this sense of privilege, we need honor true accomplishment. Allow them to travel their own crazy, imperfect paths with a comfortable awareness of their limitations, and a humble appreciation for their gifts. They will only grow as far as they believe they can reach, as far as we push them to thrive. Let’s back the truck up and bump them out of their comfort zones from time to time. Teach them solve their messy problems, and live with the consequences of those decisions. Hand them a compass that only works some of the time while they still have a guide to lead the way.


I truly believe that all children are resilient, and capable of amazing feats. They are the future of our world. I will encourage mine to screw up as often and spectacularly as I do.

Posted by Angela Hartley at 9:51 AM